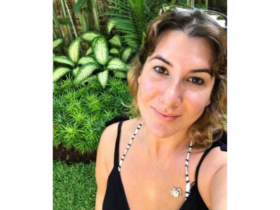 She is a fitness junkie, former model and TV Presenter; and audiences fell in love with her on the first-ever South African season of The Bachelor SA. Michelle also has a passion for education as well as the upliftment and mentorship of women in business.

Michelle D is BACK, and taking to our TV screens this August in a brand new show that everyone would agree is perfectly suited to her nature!

Wild in SA is a travel and adventure show, covering all of the wonders that South Africa has to offer. In each episode presenters, Tumelo Maketekete and Michelle D aim for an amazing destination – a special, out of the ordinary experience. Each episode takes them on a whirlwind ride as they visit interesting people and places in specific areas all around our magnificent country.

In each episode, two mountain passes are featured: a gravel one, and a tar version. Again, what captivated the audiences is that the directors mostly steered clear of the more mainstream, well-known passes, and instead featured some lesser-travelled routes.

Each episode also contains a short insert on “how to survive in the wild” on an adventure, showcasing if you run out of fuel, or what would happen if your vehicle picks up a mechanical issue. Survival specialist Ian van der Vyfer shares tips like how to start a fire with your vehicle’s battery, and much more.

We caught up with Michelle this Women’s Month and got all the behind-the-scenes scoop.

Who is Michelle D?

Michelle D is really just the normal girl next door. I have a love for fashion which I was lucky enough to make a career out of. I have a passion for cooking and my kitchen is my happy place. I enjoying running and taking my dogs for walks. When I work, I work hard but when I have some downtime I like to spend it with the important people in my life. And that is really as complicated as Michelle D really gets.

From The Bachelor to Wild in SA – how has your journey been since then?

I cannot believe that it is almost 2 years since filming the Bachelor SA (we Filmed from October 2018). The Bachelor was a whirlwind and in 2019, when it was on M-Net and post the show, all I could do was focus on the craze around it. It was amazing and daunting at the same time. A reality show is VERY different to this kind of show. The opportunity to present this show was brought to me at the end of 2019 and I jumped at it. Now in 2020 – I can focus on my presenting and just enjoy the process.

You presented your own IGTV baking/cooking series during lockdown. Tell us a bit more about that?

Yes, I had so much fun with that. I was sitting at home in the early days of lockdown and I was so bored. So I decided to bake some muffins, and thought it would be fun to just record it and share it. Muffins became pancakes and became 17 IGTV episodes later. It really was just my favourite recipes I enjoyed making and thought I would share it with my followers. There was no banana bread though (LOL).

Will there be more baking / cooking on Instagram in the future?

Yes of course! I have not had the time now with all the travelling with Wild in SA, but as soon as I have some time at home again I will be getting back to the cooking episodes again. I do have some ideas for some really yummy treats I am dying to share.

What do you love about TV presenting?

For me TV Presenting is somewhere between acting and reality TV – so while we do work with a plan there are moments that happen unexpectedly and it just makes for a good time and a good TV show.

Do you have a passion for cars?

So to be honest I am not the type of person who can tell you “what is under the hood” of a car. The concept about horsepower and torque escapes me a little BUT I do have an appreciation for the really unique and special cars we are exploring on the show. In the one episode I got to drive in a Buick Roadmaster Coupe that was originally made just after WW2 and has been beautifully restored to its original condition. It is something to experience.

This isn’t your first time behind the camera. Tell us about your presenting history?

My first tv job was when I was 7. It was for a children’s educational tv show called Word Power. We sang and danced and learnt how to spell. It was tons of fun. I then did some presenting in 2011 to 2013 for a few other car shows and I am thrilled to be back presenting again. It is just something I really enjoy doing.

What do you hope to be remembered for one day in the entertainment industry?

I hope I am remembered for being real and authentic. I tried to be true to myself on The Bachelor and viewers will definitely see more of the real Michelle D on Wild In SA.

August is Women’s Month, how will you be celebrating the strong, dynamic women in your life?

This month I am celebrating strong, dynamic woman. Period! They need not be in my life.

As a strong woman myself I feel too often we are judged and criticized for being “too independent” and it drives me bonkers. So I want to make it known that strong women are needed in our world. As the cliché’d saying goes – “behind every king is an even stronger queen.” We are all QUEENS – and we should celebrate it.

Which woman has played an important role in your life, and why?

I have a list of strong women who I admire and respect. And when I feel like I need some motivation in life I remind myself of who they are (or were) and what they stand for. This list includes women of the past and present.

One such woman in Queen Elizabeth I. Not only was she not supposed to be Queen but when she became Queen she had half her country and half her council voting and cheering against her. But she persevered, fought off the attack of the Spanish Inquisition and turned England into a powerful nation. As a person, we have no idea what she was like as a person – but as a woman in a powerful role, she was amazing. I can respect that.

A woman (alive) who also inspires me is Kaitlyn Bristowe. Yes, she is a former Bachelorette (loyal to #bachelornation to the end) but as a woman I respect her. She is in the entertainment industry; she runs her own successful brand and podcast, AND she lives her life the way she wants and does not apologize or make excuses for being just the way she is. And I LOVE that. I would love to sit and have coffee (or wine) with her one day.

What does it mean to you, to be a strong woman and take up space?

To me, to be a strong woman is to own who you are. The good and the bad.

What can be expected from Michelle D going forward?

Well hopefully another exciting season or two of Wild in SA. And I would love the opportunity for a kind of cooking show (hint hint to any producers out there).

I am also working on some exciting new business ideas – so hopefully there will be something exciting along those lines coming out of the works soon.

All I can say is… Watch this space.

Catch all the excitement in their first episode, which airs on Saturday 15th August at 08h00, on Ignition TV DStv channel 189 (@ignitiontv)

Repeats through the week:

What to do when a global pandemic hits? Well, you

Renew. Energize. Soothe. – A statement from the

National Women's Day in South Africa is a powerful

🔥🔥🔥⁣ ⁣ “Be fearless in the pursuit 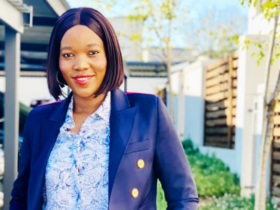 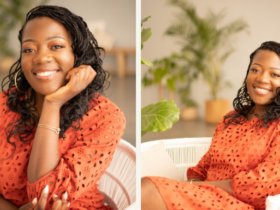