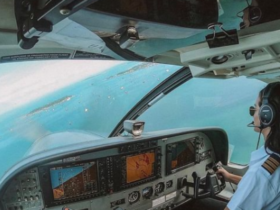 Nicole Bessick is a well-known name; someone who SA’s entertainment industry by storm. Fondly referred to as “The Action Barbie”, Nicole bulldozed her way onto our screens in the locally produced and internationally acclaimed crime-thriller Cold Harbour which put SA on the map at the Cannes, Berlin and Los Angeles film festivals of 2013. She then went on to feature in the Netflix hit Black Mirror and Investigation Discovery’s Killer Instinct.

Local audiences will know her best for her work on Skin Deep, The Watcher, SAFTA-award-winning soap operas Binnelanders and Broken Vows, as well as her presenting on The A1 Chat Show, which boasts a following of over 2.3 million views.

Having already made an impressive impact and a name for herself among the country’s most dynamic artists, in 2020 Bessick set her sights on breaking broadcasting boundaries when she joined the cast of Lockdown Heights. The IGTV daily soap opera was created in response to the lockdown restrictions imposed upon film and television studios by the Covid-19 global pandemic. What began as a passion project quickly grew into a fully-fledged soap opera that has since been hailed for being the first of its kind in the world, and earned the cast a nod from BBC International.

Is’phindiselo is based on the story of “The Count Of Monte Cristo”. Re-imagining the story in Johannesburg against the backdrop of a corrupt Construction company, Is’phindiselo deals with the themes of hope, justice, vengeance, mercy and forgiveness as it focuses on a man who is wrongfully imprisoned, is trained by a ruthless mentor, escapes from jail, acquires a fortune and sets about taking revenge on those responsible for his imprisonment. However, his plans have devastating consequences for the innocent as well as the guilty.

With Season One being a HUGE success, HEYBOO got chatting to the acclaimed actress to find out more about her role – this is what she had to say.

Nicole Bessick is an ass-kicking, adrenaline obsessed actress who is based in Johannesburg, and I play the role of the fierce and feisty Sonia in Is’Phindiselo.

Tell us a bit more about your character and her storyline?

Sonia is a fierce and feisty stripper turned entrepreneur with loads of street smart, sexual power and confidence. Don’t let the heels and nails fool you, she means business! She’s straight down the line, and won’t be taken for a ride by anyone… least of all her long-term boyfriend, Jerry. Jerry (played by Warren Masemola) is a hot-headed killer who does his father’s dirty work and dreams of one day owning his own club. The story arc sees them navigating through their passionate, ride-or-die relationship against the backdrop of Jerry’s criminal, blood-thirsty world.

All the roles you choose are quite daring – is there a reason for this?

The roles I am most drawn to require the artist to be able to display a great deal of physical ability – and physical activities and being active is something I love! Past roles have required me to learn how to fight, shoot guns, race fast cars and fly planes… all at exceptionally high levels. So, when I came across Sonia’s character brief which quite plainly stated that she was “a master of the pole”, and well, I was 100% up for the challenge! Pole art is one of the hardest disciplines out there, and the challenge excited me. I really wanted to try my hand at adding yet another ability or “tool” to my skill set. I was ready to embrace the task at hand.

Did you feel a connection between yourself and Sonia, the character?

After reading Sonia’s character brief, I felt an immediate connection to her feistiness and her bravery. I loved that about her! The biggest characteristic that separates Sonia and myself as a person, is the ability to actually pole dance, so in order to do her justice and bring her character to life, I took up pole art and had to acquire high skill levels of pole art in a very short space of time (with the epic team over at Gravity Goddess!). I’m quite athletic, so physical activity comes quite naturally to me… but pole is on a whole other level! I have never experienced exercise that challenges my body the way pole does.

What was your favourite scene to shoot?

The heated, passionate fights between Sonia and Jerry! His gambling addictions cause earth-shattering rifts between them… and she quite literally throws everything but the kitchen sink at his head. Shoes, hairdryers, you name it. They were SO much fun to shoot.

Looking back…What was the first day on set like?

On my first day on set, we filmed the church scene (from episode 1). It was quite a big, scene with intertwining storylines, so the entire cast was on set that day – which hardly ever happens! The rehearsals you do before you get onto set are usually just between you and the actors that share your storyline, so very rarely do you get the opportunity to watch all the characters come alive together. The energy was palpable, and in that moment, you could just FEEL we were about to make an incredible show.

Who took the longest to get ready for shoot?

That would be me. I’m one of the very few female characters in the storyline. The hair, make-up and nail treatments were quite intricate, and while I may not be wearing much, those skimpy, stringy outfits made of glitter and lace take forever to get into!

Who is most likely to come to set with only a few hours of sleep?

Siya Raymond and Warren Masemola. Siya was shooting multiple shows at the time, and Warren has a newborn baby.

As you reflect and look back – what was one of the most memorable days on set?

Shooting scenes alongside Baby Cele. I watched her on television with stars in my eyes as a young girl, so to be sharing screen time with her was such a humbling thing. It was one of those moments where you look around you and realize you’re ticking off career bucket list items you only once dreamed of.

Who was the best dancer in the cast?

Yoh, it’s a tie! Between every member of the entire cast! When shooting on location outside of Johannesburg, we would take a shuttle back in the city after we wrapped at night. Let me tell you… we’d turn that shuttle into a groove and dance all the way home! Some of the moves I’ve seen our cast members throw down are world-class.

Who will you miss the most?

That’s easy. Warren. Working alongside a veteran of his stature has been indescribable. Mentor, turned friend, turned family!

In addition, it is a story that involves romance, loyalty, betrayal and selfishness as throughout the series characters slowly reveal their true inner nature. Starring: Zamani Mbatha, Baby Cele, Warren Masemola and many more.

With Season One being a great success, we cannot wait to see what Season Two has in store for us! 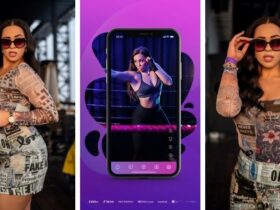 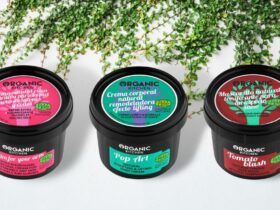