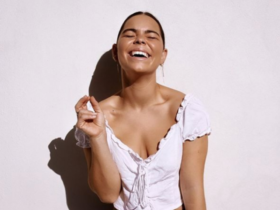 Behind The Scenes With Cassidy Nicholson

Take a look at what Juliette had to say…

Tell us about yourself and how you got into acting?

I was very shy and overweight growing up. I remember joining speech and drama classes when I was in junior school to up my confidence. I think it helped to a degree. But I wasn’t one of those kids that wanted to put on a show for the parent at dinner/lunch parties, you know those girls/boys who want to practice a dance for the whole day then showcase it to the folks… that was my worst nightmare.

I loved dressing up though putting makeup on wearing my mom’s shoes, being a princess one day, a fairy the next and the lead singer of Kiss the next (my brother is a really great artist so his face paint skills were excellent and he did paint the Kiss makeup on me). We had a massive dress-up box at home, my folks loved dress-up parties as did my brother and sister (who are both actors now as well).

I chose acting as a subject in high school I think because I was told how great it was. I had seen my brother and sister in high school plays and thought it looked like fun so I followed suit. And it was, I loved Drama. I felt empowered in that class. Drama is one of those subjects that’s like a secret society… history is history and geography is geography but drama… ya’ll never know what happened in a drama class… sweat, tears, laughter among others. After school though I wanted to be a fashion designer, I loved sewing, made myself a few dresses and bags but thought nah, I know I can sew… let’s see if I can actually act.

I went to Rhodes and it was a party more than anything else, haha. I then went into a PGCE at Wits and was gonna become a teacher but Nah, now I wanted to be a chef so I came down to Cape Town and went to chef school. It was cool for a while, I started a little baking company and it was fine but… something didn’t sit well with me. Eventually, I was at a bit of a crossroads career-wise and I thought it’s either this or I could give acting a proper go… why not? I hadn’t tried it professionally yet. So I joined an Agency in Cape Town in 2017 and haven’t looked back really.

How did you come up with the concept of The Anderson’s and your famous ‘Woof China’ phrase?

I’ve always wanted to play a male for some reason. Just to see if I could pull it off really. That was one thing. I also wanted to start a YouTube series years ago, I approached multiple mates who were all keen but nothing really transpired. I looked into comedy acts too like Kevin Fraser and thought hell man, I wanna do something like that. Lots of ‘I want to’ but no, ‘I’m gonna do it’.

Then my acting career hit a bit of a slump, I was In a panic because all other actors were talking about what’s going on their showreels and who they need to send their showreels to etc. Well me… I didn’t have one of those. I’d only been in commercials which you can’t put on a showreel. Soni was like, how the hell is anyone gonna wants to see me if I have nothing to show?

Then I thought I need to do something. I don’t know what it is but I need to do something to show I can ‘act’. I shot the first episode and modelled it off an incident that happened to me and my mom frequently. The boy character Dwayne was inspired by an ex. (The accent and attitude) the mom has based off my mom’s friends and my friend’s moms. People who I would make fun of either due to the fact that they hurt me or because they were so ridiculous and over the top, which perfect character references.

The 4th Episode, WOOF CHINA. Hahaha, that was actually just improvised. In fact, all my initial episodes were. I just thought what is something that an arrogant, doff chap would typically say if a girl called him a dog… he wouldn’t react he’d take it as a compliment maybe… he’d be the dog. And out came Damo’s line Woof China. To be honest I didn’t think much of it. I released the episode and didn’t give it another thought, but sheesh kebabs did people love it!

Still to this day, it’s my top episode across all platforms. I still don’t understand it really but I suppose the creator or artist never will. In fact most of the stuff I find hilarious a lot of people don’t and the episodes I think are lame and may destroy my career (overdramatic but true 🤣) people go mad over. You just never know.

What is a day like in the life of an actress such as yourself?

With the Anderson’s it’s usually a lot of mind maps and finding cool situations for the characters to play out. Then I write the scripts, maybe I shoot the same day maybe I don’t depending on how much time I have, then edit.

In the height of it, I ran out of ideas. I usually released on a Wednesday. I would panic the whole week and it would come Tuesday evening and I would start writing 8 pm, I would start shooting at 10 pm and then edit until 5/6 am so I could release the episode the next day. It was madness. In heavy Lockdown, I didn’t have time to panic because I released every day. So it was just go go go a lot of late nights too but there was no time to procrastinate quite literally. But of late I procrastinate a lot trying to top the last episode. I’m at constant war with myself. Figuratively and literally hahaha.

Shoo! But acting It’s not an easy industry. You’re constantly competing with other more brilliant, more beautiful actors. It’s an industry that prepares you for rejection that’s for sure. You can go to 10 castings in a week, be shortlisted for 5 and dropped from those 5 in a heartbeat. It’s a lot of waiting, hoping and a lot of rejection. Covid though, smashed us last year.  But now that season is back up and running we’ve got a bit more heat but not as many castings as usual. A day in the life… mainly I panic about where the next job is coming from, or what to do with the Anderson’s. I do a bit of accent work should an international film be auditioning, and I box and cook just to keep my spirits up.

Ooooh. There are loads of plans but now I’m just trying to figure out the right avenues. Last year we got a team together and were planning to write a pilot to approach Showmax, but it was put off due to the Covid etc, and Christmas was hot on our tails. But hopefully this year we’ll get to it.

I’ve also done some work with Sam Lowe, shes a videographer, and we’re planning to release some episodes soon. We’re gonna see how those are received and hopefully push out many more.

How can one support you and buy your merch?

I have a PayPal account https://www.paypal.me/juliettepauling but I don’t advertise it. I’ve just seen other artists using it 🤣

And then yes, merch, which Vocap has put me on their page and I’m selling caps which is so lekker those can be found here https://vocap.co.za/collections/the-andersons

It’s a really difficult industry. It takes patience and a lot of rejection. You’ll earn a very hard skin. But acting is one of those things… you’re willing to go through it because the reward is so great. However, it’s a lot of ‘why don’t they like me’, ‘how was I not right for that role’ essentially… ‘what did I do wrong’, I’ll tell you this…nothing. They are often looking for a specific ‘look’ which is crazy. You can have mad talent but they don’t think you look the part. So what I did was create my own ‘parts’ I created my own criteria to fill.

The main thing with acting I think is that you want to be seen… by someone. Whether it’s in an audition room, on TV, on some sort of screen. So I’d get to TikTok, get onto Instagram start putting monologues or scenes online, build up your own reel or portfolio essentially and show people what you can do before they tell you you’re not right for the part. By then you’ve built up confidence in yourself and if they don’t like your stuff please trust me someone will. I thought the Anderson’s would make people think I’d lost my marbles but people loved it. Queens Gambit, producers said no one would be interested in chess, it became one of the most successful series on Netflix.

You never know what people are gonna like or indeed see in you. Release your art, it won’t be perfect. As artists, we never think our work is good enough, but someone will. Someone will love it. Someone will see you. You have to be vulnerable, very vulnerable but then, then you become strong and that’s where the magic happens.

Getting to know Juliette:

Pizza or pasta? Pizza
Fav place in the world? Turkey
Rain or sunshine? Sunshine
Quote you live by? Flippen hell! Hahaha, patience is a virtue (I hate it because I’m the most impatient person alive, but it’s something I have to keep reminding myself.)

Thank you Juliette! All the best with the Andersons! Check out her profile below ↯

HEYBOO
View More Posts
Birthed out of a love for all things business and motivation, HEYBOO was created to showcase female entrepreneurs and all kinds of badass women. There is something beautiful about seeing your peers grow their empires, which makes you want to grow with them. While this platform is for inspiring women to chat to us about their ventures, we also encourage community engagement with blog posts ranging from beauty, to travel, and much more. Blogs written by the moguls themselves? What more could you ask for! Coming soon - Workshops for aspiring female entrepreneurs and networking luncheons. 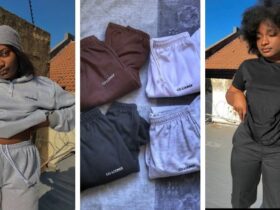 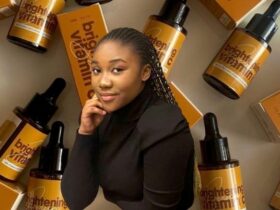 Six-Figure Business In Lockdown? Aesthetics by Chioma Did It